An eBike as canvas? 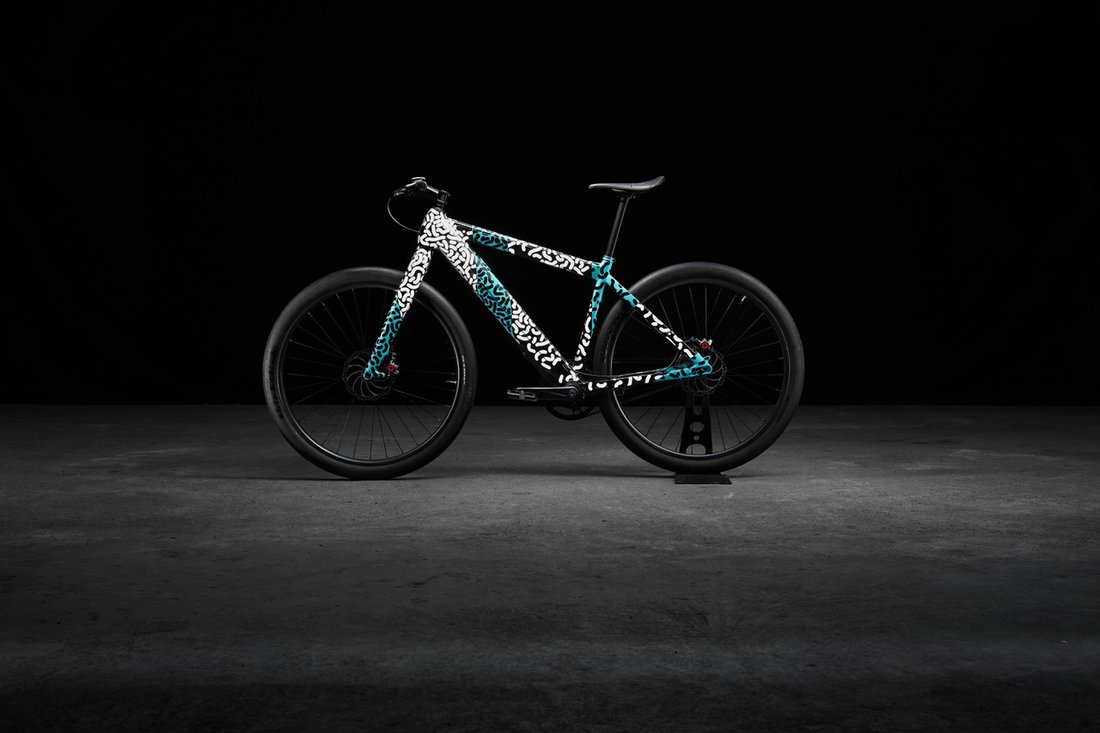 Fazua is known for doing many things differently - not just eBike drive systems. As we got the chance to work together with our close friend and artist Philipp Wulk to create unique eBikes, we were amazed from the first second on. Read here his words on his latest project: V /(Visible / Invisible).

The artwork on both the E-bike and the Motorcycle was done by Florian Huth. The pattern he used is based on a development mule camouflage used by Ford in the US. At the time we started on the e-bike Florian was already doing research on different development mule camouflages – when I asked him if he wanted to do a motorcycle and E-bike artwork for us he basically had already everything worked out. The basic purpose of the mule camouflage is to hide the form and details of the masked by harsh contrasts and different shapes. The outer form dissolves due to the confusion of the pattern. By additionally using reflective foil, that reflects close to 100% of the directional light hitting it, the effect is even more intense. The visibility of the motorcycle is increased drastically but it’s form is unrecognizable resulting in a contradiction between Visible and Invisible.

The reflection is only fully visible when the light comes exactly from the viewpoint. You can get close to it but your’re never completely there, so the reflection is always glowing, it looks almost as if it is alive – you’ll see that in the video.

Fazua, a company producing super lightweight, yet powerful and nearly invisible drive systems for E-Bikes asked us to team up with them to build a line of custom E-bikes. For the E-bike we went for a Fazua Prototype Hardtail MTB-frame. We built two bikes one strictly for Urban environments, equipped with 3T carbon fork, Magura MT8 brakes, “Tune” Parts including handlebar, headset, seat and wheels. We wanted to keep the bike as lightweight as possible, so we excessively used carbon parts and went for a singlespeed bike with a Gates Carbon drive belt drive and Slicks. The Bike weighs only XYZ (I will weigh it tomorrow ;)) kg and is a blast to drive, it’s as effortless as riding a singlespeed roadbike, but you don’t have to think about curbs, tram rails or roadbumps. The other bike we equipped with a Magura Boltron USD derived from children’s Motocross bikes, Kenda tires, a different transmission ratio and SQLab Seat. The rest of the setup is unchanged. These particular bikes are not for sale, but we’re building a limited run tailored to what the customer wants. 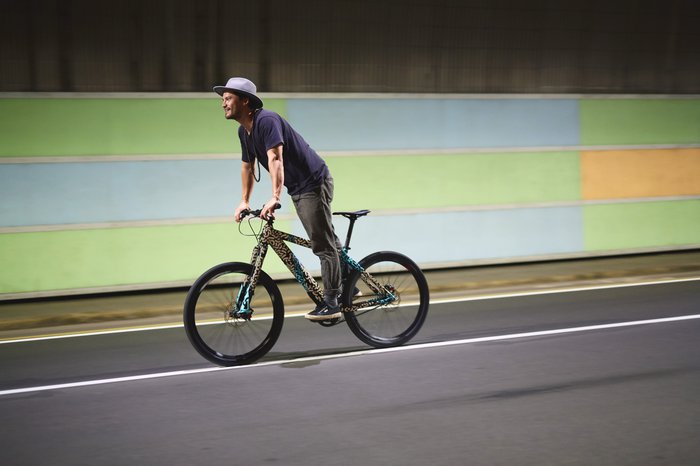 We’ve had the donor K1100 for a couple of years around the shop as a daily ride, but it wasn’t used for over a year, so we started taking it apart early last year. It was finished and TÜV approved last June. We started photoproduction with Stephan Bauer shortly afterwards and wanted to release the bike last September, but then the BSTN Ducati for Michael Jordan came along and we had to postpone everything, but it was well worth it. For the build we used the frame concept of our first build but used a larger displacement K1100 engine. The power upgrade was welcome, but the main reason was the rounder engine that suited the Artwork better. We went for mismatched wheels, because we really like the way the huge stock 18” rear alloy wheel looks in the back. We thought about using USDs in the front – we have some at the shop but didn’t like the way it looked in combination with the artwork, so we kept the original forks but shortened them around 8cm to give the bike a more aggressive stance.

The seat was done by Dominic Jones, from Leatherworx – he used matte red alcantara and black leather with contrasting stitches to math the asymmetric graphics on the tank and cowl. He also mixed in gel pads into the foam for extra comfort.

We tried lots of headlights, but we it didn’t match the theme of the bike, so we had to build them ourselves using Elipsoid Lights. We had to start over a couple of times – and the Idea for the one we ended up using finally came to me at 2am one night and it – I called Matthias up and he was still awake and loved the idea - he built the finished lamp right that night.. It fits perfectly to the tank and finally solves the awkward shape in the front of the tank without adding bulk to the bike by adding material to the tank or the radiator. The headlight assembly is for sale at our webshop btw.

The airbox is custom built, except for the stock rubber intake. Instruments are Motogadget as always, m-unit blue, m.blaze disc turn signals, motoscope mini speedometer and Motogadget relays. This time we added Motogadget buttons and Motogadget CNC grips as well. We also used Motogadget’s m-view flight glassless mirrors as soon as they came out last winter. 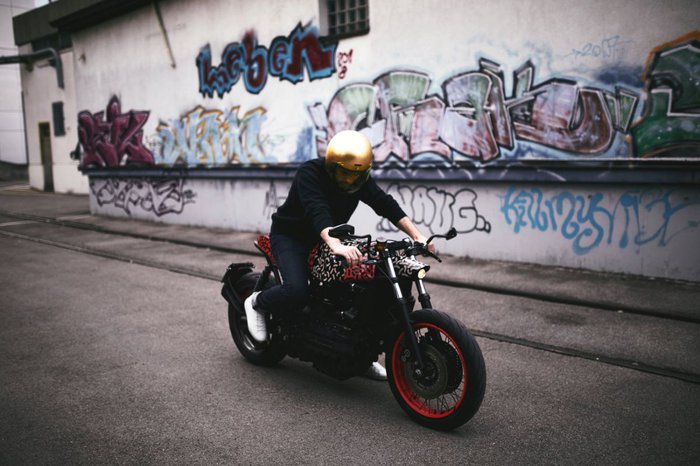