A brief foray into the Bike world: Thoughts on the turbo-power craze versus lightweight aesthetics, distance versus power, and what “optimal assist” means to you 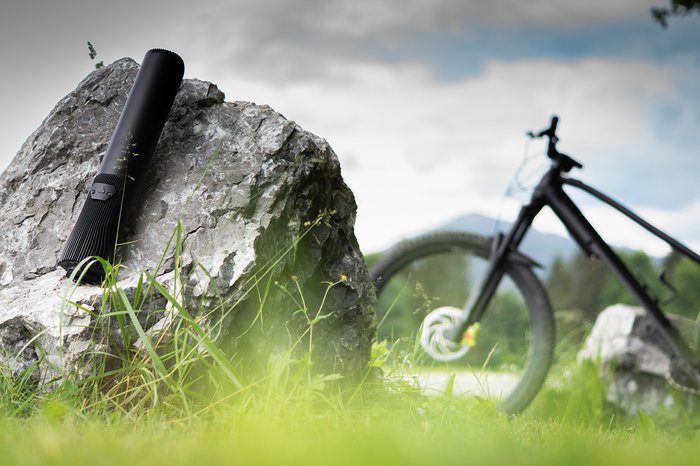 When comparing different drive systems, bike riders soon find themselves asking: “How powerful does my E-Bike motor need to be?” A sort of arms race is emerging in the vigorously growing E-Bike market, and using the biggest possible performance specs as selling points appears to be the preferred method when it comes to presenting the product. A fear of being left behind on the next E-Bike tour is pushing customers to opt for popular turbo units. In addition to lavish advertisements and super-exclusive test events, the most powerful motor and the biggest battery are winning the comparison tests and reinforcing this tendency. Bigger, stronger, farther—but has the meaning of cycling been lost in these heavy and unwieldy bikes and their unnatural turbo drive with superhuman power? The world is moving at an increasingly rapid pace, and the blatant motto of today’s Instagram and fast-food society is to find the easiest way to achieve as much as possible. Get it done sooner and find a shortcut to the next level, and do it without wasting any time or exerting too much effort. But shouldn’t the purpose of moving freely by bicycle be to step away from this crazy world and slow down for once? To head out for a weekend ride with family or friends for fun? To take the relaxing route through the park to your next appointment by bike instead of squandering precious minutes and hours of your life jammed in the subway or stuck in traffic? An E-Bike is the perfect way to make this happen. It helps people overcome the fear and weakness preventing them from riding a bike at all. It helps people get through difficult rides where personal fitness sometimes just isn’t enough. It makes biking more enjoyable by offering zippy acceleration and helping people achieve what they thought was impossible. It increases people's distance and brings them home safely when their legs get tired.

How powerful does the motor on my E-Bike really need to be?

But what should the relationship look like between the drive power and different use profiles? Is there a need for virtually uncontrolled explosive acceleration? Do we need 500 watts of motor output to fly up the steepest mountains at over 20 km/h (12.5 mph) while nonchalantly spinning our cranks in a circle? The following will give you a better idea of the numbers: During a race, a professional cyclist outputs roughly 400–450 watts of power while climbing mountains. At this power level, an E-Bike rider could cruise up to L'Alpe d'Huez wearing flip-flops and a Hawaiian shirt while holding a cup of espresso during the Tour de France, breezing by the leaders with a friendly smile as everyone else battles it out. To what extent does this still have anything to do with actually enjoying the activity of cycling?

The attraction of high-powered performance is just as prevalent in the E-Bike world as it is for cars and motorcycles, even though its usefulness outside the racetrack can be called into question in the latter two cases. Despite the fact that powerful automobiles don’t really appeal to many bike riders, lots of people are talking about tuning E-Bikes and finding ways around the legal speed limit, even though doing so runs afoul of the law—and in some countries is punishable by five-digit fines and lengthy jail time. Whereas SUVs with giant engines are currently experiencing record sales, most of the population drives vehicles powered by engines more appropriate for road traffic, and there is a trend towards vehicles that are economical as possible. In view of climate change, people’s awareness about living a sustainable lifestyle is growing, and switching to an (electric-powered) bicycle is playing a role. While ditching the car in favor of an E-Bike does help protect the environment, people still need to think about what the resources and electricity used for an E-Bike mean when it comes to an optimal power assist. The turbo-charged power of E-Bike motors consumes plenty of electricity, and is driving the development of bigger and bigger batteries to meet the significant energy needs. But what added benefit do E-Bikers really get from all this?

This raises the question about why this urge for size, power, and tuning is so strong in the E-Bike scene. From an evolutionary standpoint, man's objective is to survive and, in service of this goal, to save as much energy as possible in everything he does. In addition to growing accustomed to the high speed and “uphill flow,” our bodies therefore also exhibit an unconscious preference for a strong assist from the motor for the sake of conserving our own energy and reaching our destination with less effort. Before long, we lose touch with the reality of normal cycling and become addicted to the easier pedaling while reaching higher speeds and effortlessly mastering challenging obstacles.

The development of the FAZUA evation drive concept for a lightweight and removable minimalist mid-drive motor/battery unit marked the start of a new trend in the E-Bike market. Just two years after the initial market launch, FAZUA has the largest market share among motorized road and gravel bikes. A new E-Bike philosophy has emerged and rapidly become entrenched, so much so that other drive manufacturers have also jumped on the bandwagon.

FAZUA is happy to be placed in the newly defined separate category of “minimal-assist drives,” as evation’s performance specs and smooth natural motor dynamics can hardly be compared with the popular turbo systems. This label is somewhat of a misnomer, however, since it could lead to the premature conclusion that the motor’s assistive power is only “minimal” and ultimately provides little assist at all. In reality, this term implies much more than that—and includes a number of developments by the E-Bike revolutionaries at FAZUA that, while positive in nature, are moving against the current: A minimalist design for aesthetically appealing integration into the typical form of an ordinary bicycle. The low, barely audible sound of the drive, which eliminates the feeling of a powered ride. A battery size that is smaller than the current trend, yet still delivers a long range. The power assist, which appears to be weaker, but is subtly dynamic. A low weight, which helps keep the E-Bike nimble and agile. The end result is powerful assistance that kicks in precisely when it’s needed. The rest of the time, evation provides a gentle, natural riding feel—despite the help of the motor.

It’s hard to tell from the advertised data for the electrical or mechanical power of an E-Bike exactly what effect a specific number of watts will have on a given ride. Too often, you’ll read about how a “minimal-assist” drive is allegedly too weak or hardly provides any assist at all. That’s why we’d like to do a little math.

If our cyclist wants to have more fun with a stronger assist because he can’t make use of the full distance, or because he’s packed a lightweight 1 kg (2.2 lbs) battery, he can switch to a more powerful riding mode. In Rocket mode, the third level, the motor provides 250 watts of mechanical power. With an assist equal to 1.5 times the human power output of our cyclist, the trip up the mountain will be an even quicker one this time. The resulting 410 watts of total power—if we still assume 160 watts of power by the cyclist—is comparable to the race power of a professional cyclist. Our cyclist can now crush out the10 km (6.2 miles) and 800 vertical meters (2,625 feet) in just 34 minutes (average speed: 17.3 km/h (10.8 mph)). This means that, despite the additional weight of an E-Bike, our rider can reduce his time up the mountain from 1 hour and 18 minutes to 34 minutes, all with a “minimal-assist” system.

Who hasn’t seen them before: The couple out taking a long bike ride together. He’s in front, looking slightly bored, and she’s trailing behind, with a red face and a mood that’s getting worse by the minute. He’d rather pedal on his own without an E-Bike. If she’s riding a classic power E-Bike, she’ll have so much power that he’ll never catch up, and she also won’t be able to use all of her huge battery.

We can calculate this, too! How much power and what size battery would she need for her E-Bike to even out the difference between her and her partner?

We deeply believe that it’s people—not the motor—who are at the center of cycling. As you continue to mull over how much motor power you need when you ride your E-Bike, you should take the time to ponder what’s right for you, as well as what biking means to you personally and in your own use profile. All we can do here is leave you with a few things to keep in mind:

FAZUA is the maker of an innovative lightweight drive system that is subtly integrated into the classic bicycle frame. With ample motor power, a natural riding feel, and a range that is more than adequate for cycling enthusiasts. That’s our take on “optimal assist”—for a new category of E-Bikes.

We use cookies to give you the best possible experience on our website. The data collected with the help of cookies is used to optimize the website. We distinguish between cookies that are absolutely necessary and those that are not technically necessary.